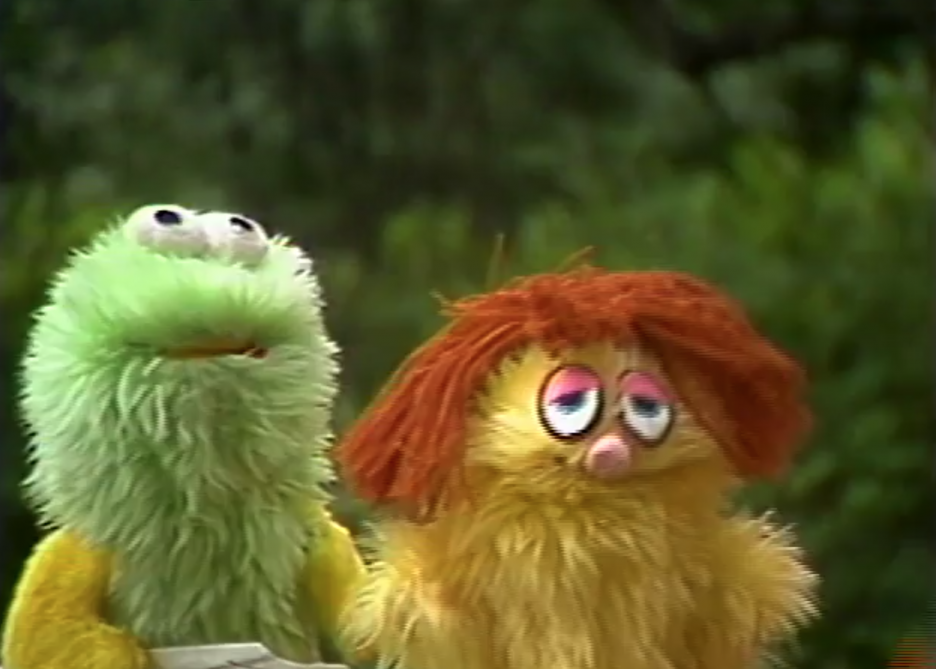 1985 in Yakima, Washington was a special time and place if you happened to be a bored kid who decided to seek out entertainment and flip through the TV stations. Maybe you’d find something worth watching, maybe not. As a kid, you knew the schedule for your favourite shows. My parents blessed the house with cable television and I spent a lot of time watching cartoons on channel 11, KSTW out of Seattle. The after school shows included Transformers, GI Joe, Jem and the Holograms, He-Man and the Masters of the Universe, BraveStarr, and The Adventures of the Galaxy Rangers. I’d get home around three in the afternoon, and I’d be in front of the TV until five when the cartoons would be replaced with boring, adult programming like the news or sports or something equally uninteresting.

But if it was the middle of the day, maybe on a late Thursday morning, and you’ve only been on summer break for a few days? You’d have no idea what was on television. You’re never home at that time of day. So you flip through the channels. Soap opera, soap opera, mid-day news garbage, game show, another soap opera, an old movie, and some hand puppets saving a girl from shotgun carrying, chainsaw wielding kidnappers.

Yakima had something incredibly progressive at the time, something I eventually learned that many other places lacked, including bigger cities. Yakima, my friends, had a public access cable channel. If you’re unfamiliar with the concept, a public access cable channel usually has a mission to provide an avenue to television broadcasting for the common person. I don’t know a lot about other PAC channels, but I spent a fair bit of time at YCTV when I was a young adult. They offered a studio, with television cameras and a professional production system behind the scenes. The studio came with some costuming options, props, and an open space where you, yes you, could make your very own TV show. Beyond that, YCTV offered editing equipment so you could take your raw footage, turn it into a project, add credits if you wanted, and more. All of this was available to you for a small fee and you had to take a few classes the learn how to use the equipment.

VHS cameras were coming into their own by 1985 and people started using them to make their own movies. You could get out, shoot footage, and then use YCTV’s editing equipment to fashion your blockbuster. Barring inappropriate content, YCTV would take your tape and put your movie on the broadcast schedule. I ran across one of those features, back in 1985. A masterpiece of local production, it was a 22 minute mindfuck known as Jenny and the Fuzzy Avengers.

I already told you the plot: Jenny gets kidnapped and her hand puppets go on an adventure to save her. But I’m not talking about hand puppets with a Muppet flair, where there’s a whimsy to the fuzzy characters and their simplicity. No, I mean you can see… the arms… going up into… the puppets.

There’s little attempt to hide this. These are thrift store grade hand-puppets, voiced by people who are absolutely appropriating Muppet-style voices. The acting provides enough ham to stock a deli, the action appears improvised, they stole the Gremlin Rag from the Gremlins movie, and did I mention the incredibly creepy narrator/MC Eddyboy? The Fuzzy Avengers pioneered shaky handy-cam cinematography over a decade before The Blair Witch Project. Within the short running time, a young girl is threatened, a man is beaten to death, another is run over by a car… but there are puppets.

This was foisted upon my nine year old self without any goddamn warning at all. Naturally, I thought it was one of the greatest things ever broadcasted on television. Whenever it happened to be on, I did my best to catch it. It was the start of my love affair with bad movies.

But time moves on, new things arise, and The Fuzzy Avengers disappeared from the airwaves. I’d think about it from time to time, it’d pop into my head and I’d still laugh my ass off about it. It was one of the most inside of inside jokes. Unless you were a kid, in Yakima, in 1985, watching public cable access TV; you had no idea why my mimicry of creepy-ass Eddyboy’s voice was hilarious. I tried to find it online a few times, but it proved elusive. Then, a few weeks ago, it reappeared in my head. And I thought, why not? Let’s go looking for it.

And dammit, I actually found this freakish display and it’s available online! But the way I found it is a testament to the smallness of Yakima. Because my Google search didn’t lead me to the video right away. It led me to a blog post about the video, on a local radio station’s website. 94.5 FM KATS is Yakima’s rock station. And it better be, because that’s what it says in their logo. The blog post was not only written by someone I knew, but someone I’ve had the honour of calling my friend since high school.

John Riggs, on-air radio personality, YouTuber, autism awareness advocate, and a man who’s as steeped in the weirdness of Central Washington culture as me. He discovered what I had not, YCTV’s online video repository, and he posted about Jenny and the Fuzzy Avengers.

I could barely click on the link, my hand was shaking. The browser flashed, a new website was loaded, and I’m looking at a show I had not seen in over 30 years. It was glorious. This is absolutely the show you need to put on just as the pot starts to kick in. Get that buzz going, that familiar sensation where things are just a little lighter than they were five minutes ago. Bring up the video, click play, sit back. You’ll be transported to a completely different time and place.

But, I confess. I’ve left something out.

No. Jenny and the Fuzzy Avengers… has a goddamn sequel.

The people behind this creation, those responsible for bringing it, knowingly, into the world. Those magnificent sons of bitches made a sequel and dropped it on an unsuspecting population in 1988. Beyond the madness that ensues from such an undertaking, to once again place a young girl in harm’s way so her menagerie of Goodwill hand puppets can rescue her, Jenny and the Fuzzy Avengers 2 does something quite rare when it comes to sequels.

It’s even better than the original. I am not kidding.

Jenny 2 ramps up the insanity level to truly epic proportions. Yes, there are bad people doing bad things. Of course Jenny is in danger and will need rescuing. But let me tell you, let me just bring up the idea, the notion… of special effects. A mad scientist is punished with electrocution before he’s ordered to use his death ray to disintegrate a truck. I mean, we’re talking about a budget increase on the scale of dozens of dollars! There are more henchmen, more violence, Eddyboy is back in all his creepiness, and there’s a semi-drunken dad practicing archery using a picture of Muammar Gaddafi as a target. Whether or not the actor portraying the dad was actually intoxicated may never be known. As for his choice of target, well, it was the 1980s.

Now, they didn’t appropriate any the music to a Hollywood blockbuster. But don’t fret, because the Fuzzy Avengers gather one more time at the end of the show to sing a song about how it’s a beautiful day.

Madness. Madness, genius, and the kind of creativity that comes from giving some people a camera and telling them that you’ll happily broadcast whatever they come up with so long as it’s devoid of nudity and swearing. Then they consume copious amounts of sugar, dig up some puppets, and have an adventure. As soon as I found the videos, I archived the hell out of them. They’re not only online, but I pulled down copies which are safely tucked away in three different locations. Now, whenever that thought arrives again, and this middle-aged man is transported back to a nine year old child staring wide-eyed at his parents’ TV in Yakima, WA….

I can give that kiddo something to watch.