A new year is upon us and that certainly seems to be a good time to have a look at things and see if any improvements can be made. I’m not one to make new year’s resolutions because I think those things are doomed to failure from the outset. If you need to wait for an arbitrary point in the cycle of a planetary orbit around a star, then you’re already starting out with the wrong mindset. Still, there is something about a new year that marks out a time to try new things, make some general improvements, and see if you can change something for the better.

I’m hoping that I’m doing exactly that, beginning with this post and what will be a series of a few more posts over the coming days.

I once dreamed in WordPress and before that, Serendipity

See this? This is a blog post. Remember blogging? It was that thing lots of people did before social networks kinda sorta ruined the Internet. Before Twitter, before Facebook, even before MySpace and Friendster, there was the blog. Lots of people blogged, it was how we expressed our thoughts. And get this, we could type more than 140 characters, even more than 280 characters. We could just type and type and type and while the blog post wasn’t getting all the eyes that it might have in the days of Twitter, people would still find it and read it. It was… it was kind of nice. 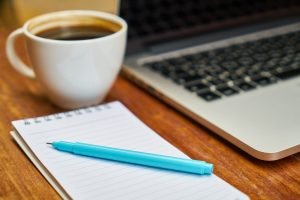 I used to do this: Get coffee, grab my notes, and write a blog post.

I used to blog damn near every day, certainly a few times per week. And you know what? I’ve started thinking about it again, started to miss it, and then I started to miss it terribly. I pop on Twitter, load up Mastodon, check Facebook. There’s news, there are thoughts, there are funny things and sad things and yes, these social networks have a place in the world. But as 2016 turned to 2017 and the year wore on into 2018, I became aware of something.

I didn’t like Facebook anymore. I told myself I was hanging around there because I wanted to see what my friends and family were doing, but the thing is, I wasn’t. Facebook doesn’t let you do that. Oh sure, at one time it did, and you could sort your feed by the most current stuff and it would actually stay that way for a few days. Now, you get what the algorithm says you want, and it never gives me what I actually want.

I still enjoy Twitter somewhat, but I take it in doses now. I make quick checks to see what’s up and who’s doing what. I created a new list to pare down some of the negativity and bad news that seemed to fill up my streams. I still see lots of negativity and bad news, but not like I used to. I used to keep Tweetdeck open in its own window and perched on the side of the monitor. Now, it gets its own tab, and that tab is pinned, but it’s almost always behind something. I tried Mastodon and I like it, but it’s yet another thing to check and you know what?

I don’t want another thing to check. I remember a time, a time when technology worked for me, when content that I liked came to me, rather than I going to it. And it was through the magic of RSS.

The magic of Really Simple Syndication

I still use RSS daily. I use Reeder on macOS and iOS and I pay for a Feedbin account so I can sync my feeds from one device to another, from my Macs to my iPads and iPhone and so on. Feedbin is $30 a year and it’s worth every dime. RSS brings me my webcomics, tech news, library news, cyberpunk imagery, and more. It’s all deposited into Reeder and I go to one place and look at all the shiny new stuff.

Back in the day, Twitter had RSS feeds. So did Facebook and YouTube. You can still kinda sorta hack an RSS feed together but there’s a reason each one of these services killed their RSS services.

Because they want you to come to them, not the other way around.

There is no algorithm because there is no problem.

Thing is, done right, RSS can do that. Many of the webcomics I subscribe to make me go to their site to actually see the comic and that’s fine. That brings me to their content and their revenue generation machine. PvP, Penny Arcade, Johnny Wander — they all force me to come to their sites. Now I see their ads and I can purchase merch and all of that. The RSS acts like a notification, you know, those things that are always popping up on your phones. The difference is, I get these notifications when I go check for them, not when something shoves them in my face. (Though if you want that, there are tools readily available to shove those things in your face.)

That’s technology on my terms. That’s content on my terms. I can read some of the things now, and some later. I can save a thing, and come back and read it when I have more time. It didn’t go flying by on my timeline because it was pushed down the stream by a hundred other things. I didn’t miss it because some algorithm decided I should see something else.

An algorithm is something that helps you solve a problem, but there isn’t a problem here. RSS works exactly the way I want it to, and thus, I have no need for an algorithm. There is no algorithm because there is no problem.

Cyberpunk Librarian – Coming at you through RSS 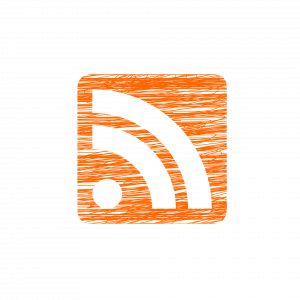 I’ll be writing more over the next few days, hopefully over the next several days and beyond. Every podcast on this site is powered by RSS, and all of the content on this site is deliverable through RSS. I wouldn’t have it any other way. If you’ve not tried RSS, there are lots of apps and services ranging in price from free to not-free. You have a plethora of options. For instance, you can subscribe to Feedbin for the year, and never buy an app, because Feedbin works in the browser just fine. Or you could buy Reeder, or another RSS app, and not subscribe to any service because all RSS aggregators (that are worth anything) allow you to have a local set of feeds that it’ll check on. Let me help you here:

And, if you left RSS because Twitter promised a better experience… well, Twitter lied to you. Twitter isn’t better than RSS because Twitter has an algorithm to make sure you see the things that Twitter wants you to see. You can miss things because of that. As I said before, RSS doesn’t need an alogrithm because RSS is, itself, the solution. Come back. It’s better here.

Now, if you’ll excuse me, I need to go check my feeds.

Since you’re here, why not subscribe to the blog’s RSS feed?