I’ve got a lot of projects I’m currently working on, both professionally and personally. I don’t think I have quite too many, though I think it might be approaching some kind of limit. At the very least I started to consider some options for trying to apply some level of organization to them, even if that organization isn’t fully complete. My brain is such that, even if I don’t see an item on a list, I sense its presence by the other items on the list. It’s nothing like clairvoyance, I just know that to do to Item C in Project D, I’ll also need to do something else first. In other words, it’s not about laying out all the individual steps more than it is just getting a high level overview. 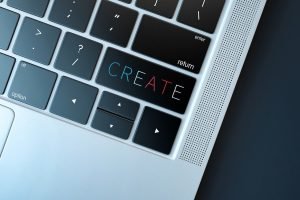 Yeah, this stock image is cheesy, but it does convey my message pretty well.

For that, I’ve turned to Trello. I created a large, and still growing, board that I’ve un-creatively titled Projects. On that board I currently have 13 projects listed with to-dos and info under them. Trello calls these things cards, and I’ve not bothered to count all of them. Part of me kind of doesn’t want to know how many cards there are and the other part of me just doesn’t care. There are how many there are and there will be more and there will eventually be fewer. That’s the idea, right?

Each project has its own stack of cards and these cards can be moved around and marked in various ways. Some cards I’ve marked complete and left on the boards just to show that I’ve done something on the project. Some projects have obvious names and some projects have code names. I’m not trying to be secretive or all G.I. Joe or anything, I just don’t want to drop a lot of details on certain things until they’re closer to realization, or at least something approaching finality. Some projects will take longer because they’re lower priority or because they’re a more involved, time consuming thing. Other projects will be done more quickly even through they’re not as high priority simply because there’s not as much to do with them.

I’m telling you all this, writing it here on the blog, because I want to share that Projects board with you. Why? Well, it’ll keep me honest. If people are looking at this board, or if I think people are looking at this board, then I’ll be more apt to work on things. I’ve not really categorized which projects are professional or personal, but it really doesn’t matter much. Progress on anything is progress, and if you’re willing to take a peek every so often, I hope you’ll see progress and change as things move forward.

And hopefully, I’ll get more done that way. Here’s hoping. If you have the interest, here’s the board.